Popularly known as the ‘Disney Castle’, Castle Neuschwanstein is the most famous castle in Germany. It was this castle that inspired Walt Disney to create the iconic ‘Sleeping Beauty’ castle at Disneyland, California. Situated atop a rugged hill, in the Bavarian village of Hohenschwangau, Neuschwanstein is also in the list of the most visited monuments in Germany. It’s charm attracts close to six million visitors every year and as many as six thousand visitors per day in the summer! King Ludwig II commissioned the Castle in honour of Richard Wagner, the man he greatly admired.

Neuschwanstein as seen from Mary’s bridge

Getting here: From Munich Central station you need to board a train to Füssen. Once you get off just follow the crowd to the bus stop and take the bus to the ticket counter. If you are travelling in a group, I would recommend the Bayern ticket.

The side view of the castle.

The way to the top of the hill is quite steep and you have the option to reach the castle either by foot, one of the horse carriages or a bus. During peak season the tickets to enter the castle can get sold out in the morning itself. So in case you plan to see the inside of the castle, It is recommended to buy a ticket through their website at least two days in advance. 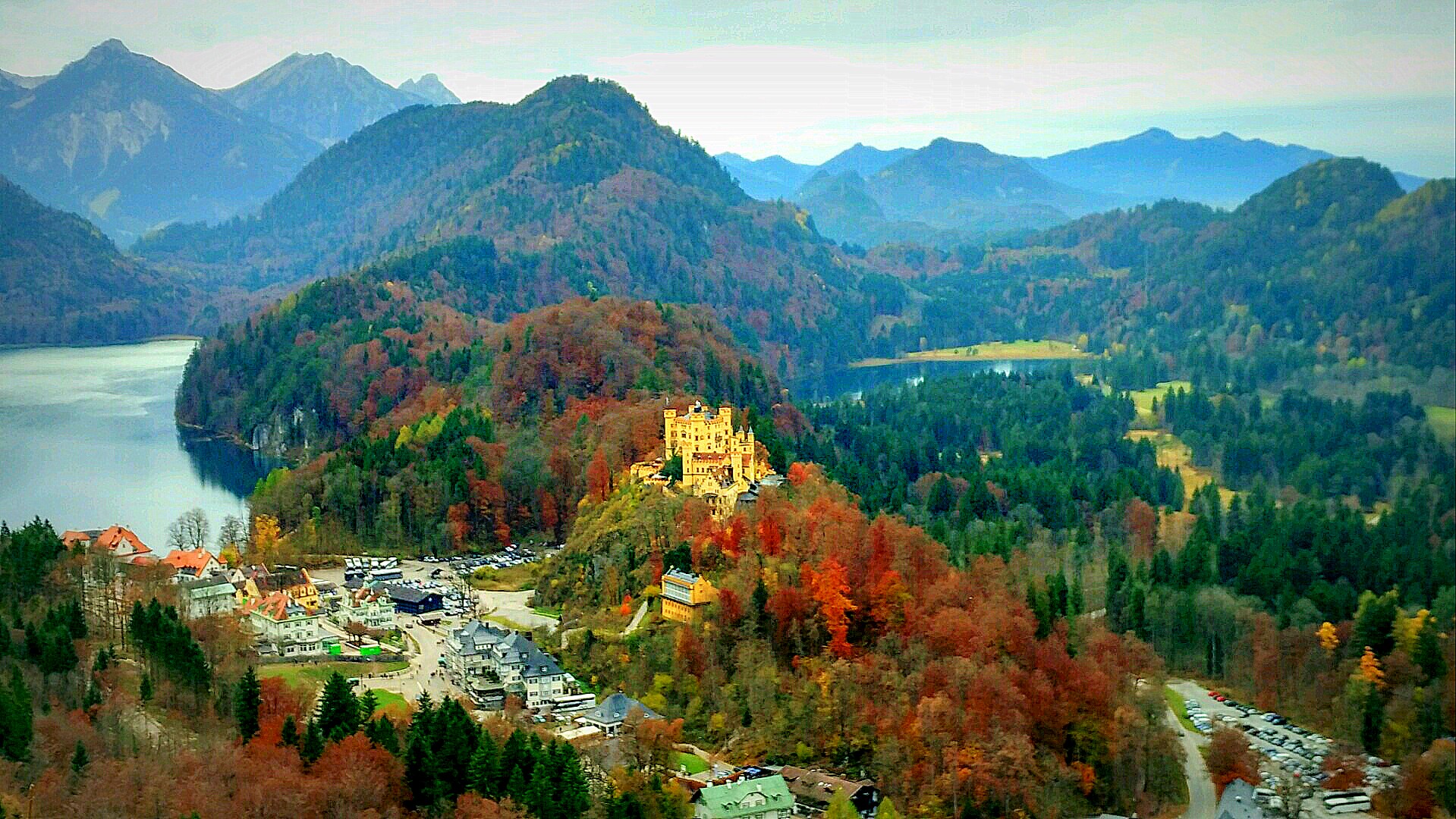 The Marienbrücke with the castle behind it.

I visited the castle with my friends in late October, 2016. Throughout the climb we got the chance to see the beautiful shades of autumn. It took us an hour to complete the climb and reach the castle. The best views of the castle can be seen from Marienbrücke (Mary’s Bridge) which is a ten minute walk from the castle. You can cross the bridge and climb the hill even further, to get to see the castle from a different perspective. If you decide to visit the castle in the winter, you can expect a view that is quite different. I have heard that the view of the castle covered in snow is quite magical! 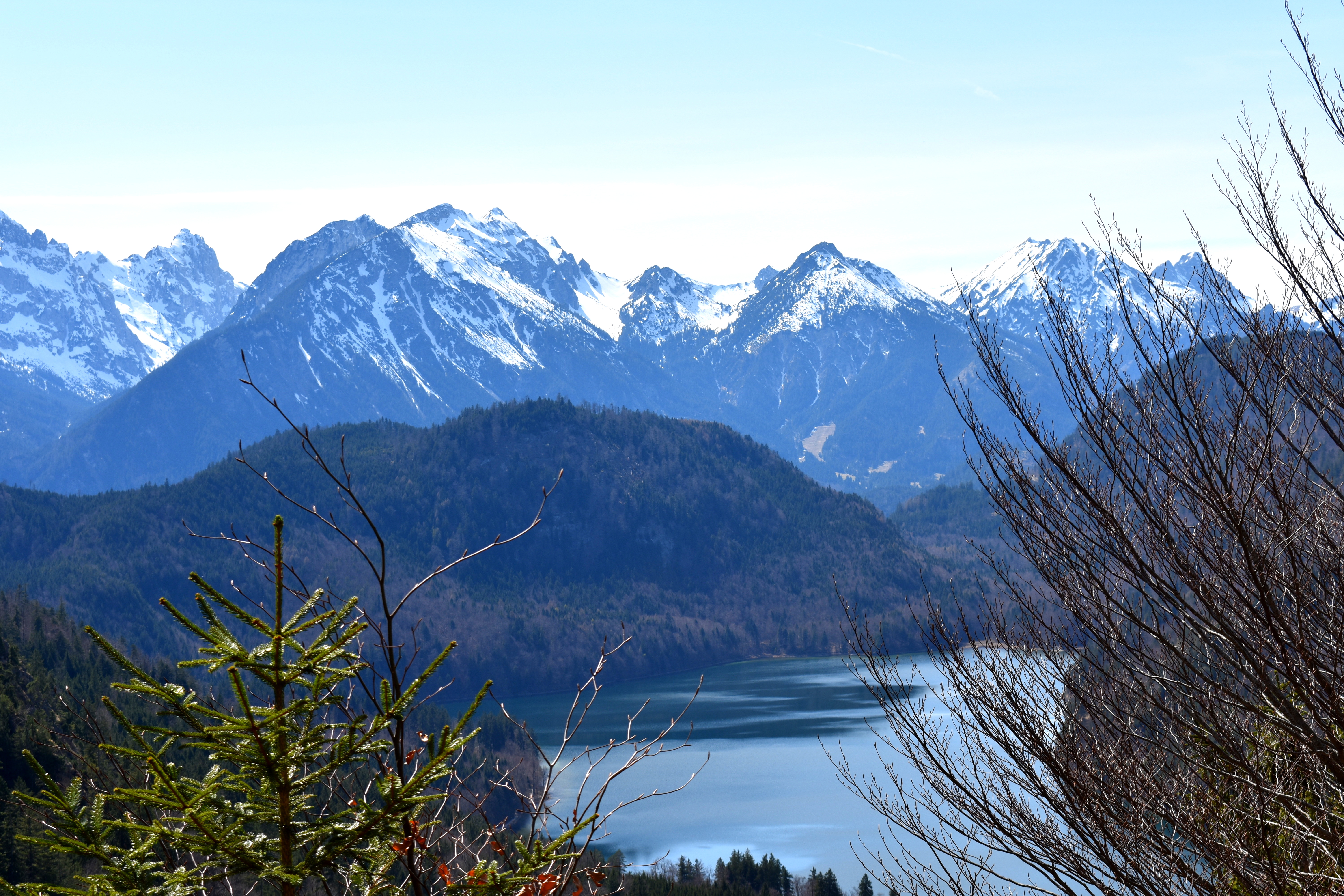 The spendid view of the Alpsee from one of the view points on the way down.

On our way down, we stopped by a stream for a short break and a few pictures. On reaching down, you see a lot of restaurants where you can stop by for lunch. You can even spend some time relaxing beside the Alpsee with a snack which is what we did. Watching all the beautiful colors of the Fall well mirrored in the lake was just wonderful. 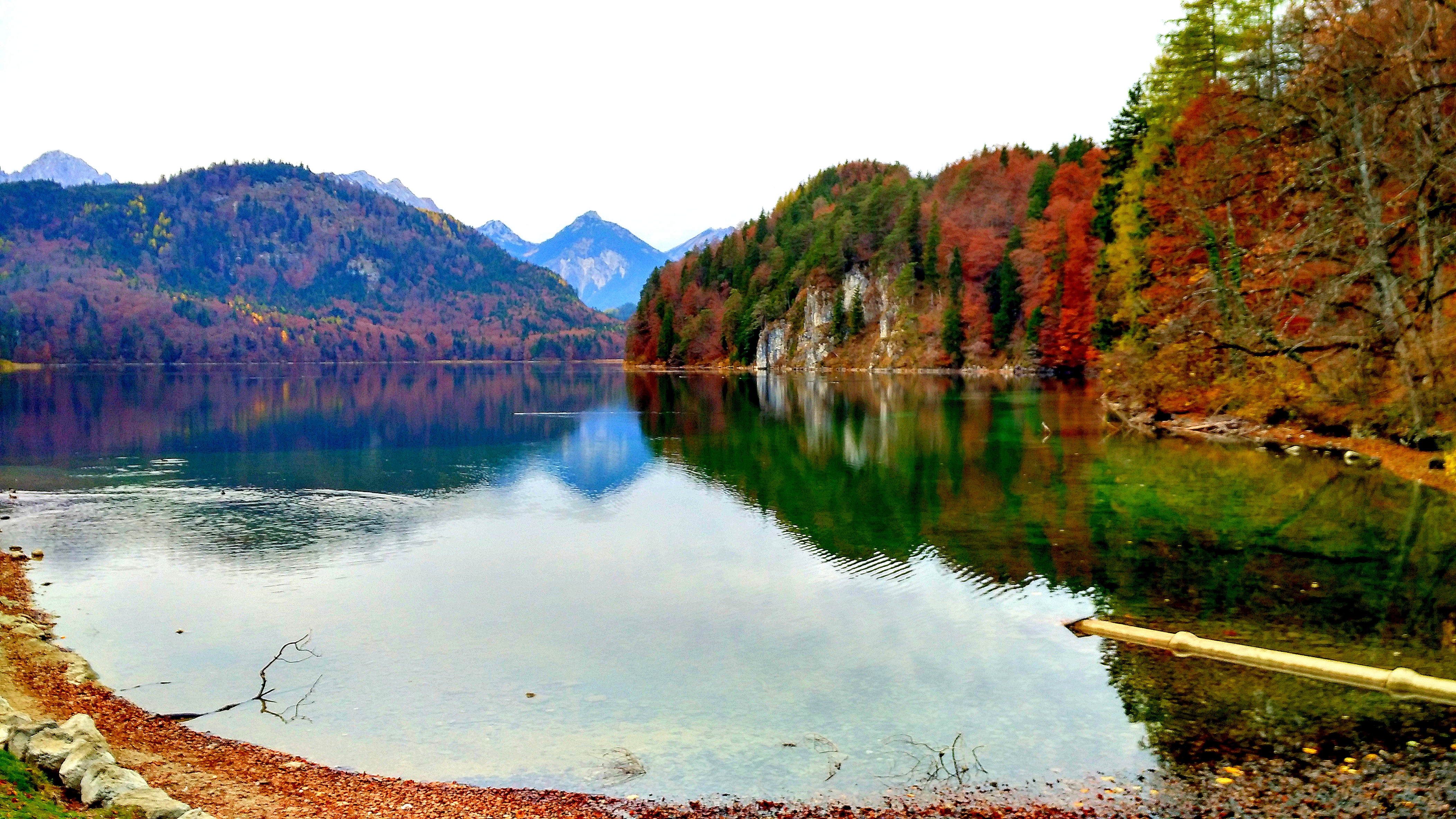 The autumn colours as seen from the Alpsee

Make sure to check this wonder off your list the next time you visit Bavaria!

To explore the lakes around Bavaria and plan other memorable day trips, check out my articles on Walchensee, Eagle’s Nest and Königsee.

This site uses Akismet to reduce spam. Learn how your comment data is processed.